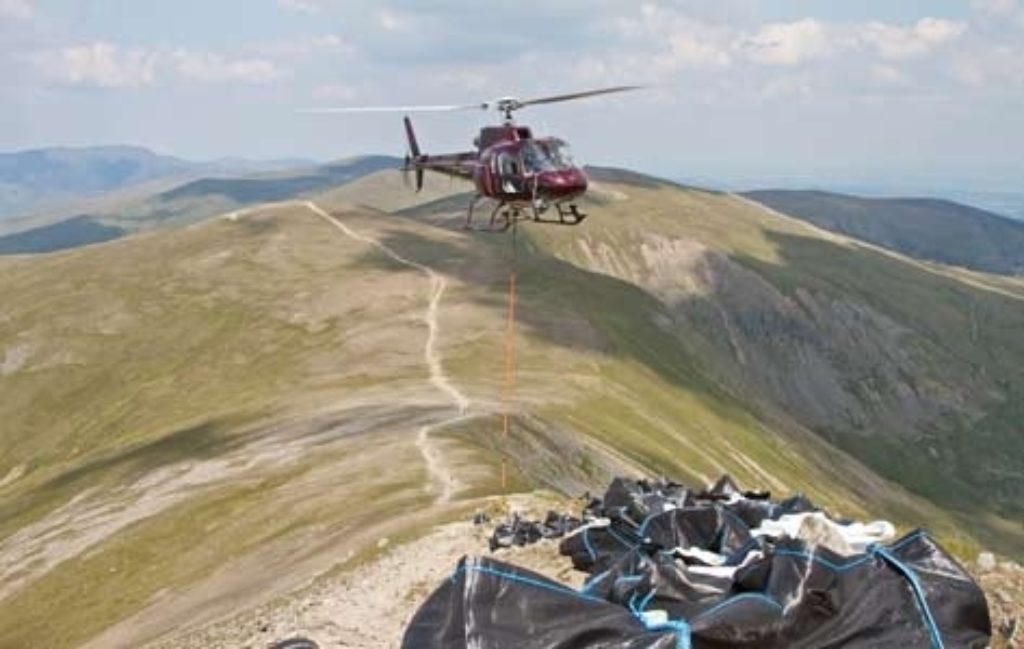 THEY once had the unwelcome distinction of being the most eroded footpaths in the UK after being pounded by the boots of millions of walkers from across the globe.

But work over the last quarter of a century has helped repair the damage caused to the paths stretching across the Three Peaks in the Yorkshire Dales National Park.

The latest phase of work saw a helicopter drafted in to help deliver 140 tonnes of gritstone to reinforce a busy bridleway which provides a route to the summit of one of the peaks, Ingleborough.

Hanson Aggregates, which owns and operates Skirwith Quarry at Ingleton, provided the gritstone to reinforce the busy bridleway leading to the summit from the village.

The Yorkshire Dales National Park Authority's Area Ranger, Steve Hastie, then arranged for Scottish company PDG to shift the gristone in loads of almost one tonne in a hopper underneath the helicopter.

The Institute for Terrestrial Ecology carried out a study in 1986 into the condition of the footpaths in the Three Peaks area of the Yorkshire Dales and concluded that the network was the most severely eroded in the UK.

The first Three Peaks Project was launched the following year to help ensure the network of footpaths is properly maintained.