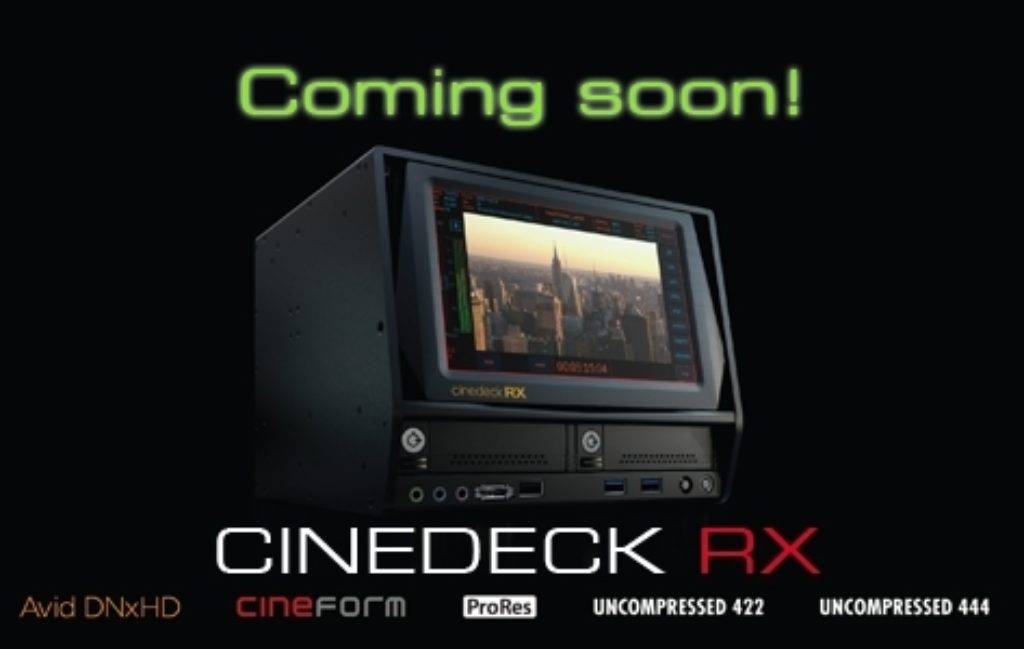 The Cinedeck RX is the latest generation of video recorder that is capable of recording the full quality delivered by our Cineflex V14 HD camera system.

The world’s most versatile, multi-format, multi-channel, HDSDI recorder—specifically designed for outside broadcast and mobile production environments such as helicopters.

Recording from the Cineflex it captures natively in all leading production formats to SSD media. Records all Avid DNxHD formats (MXF), all Apple ProRes formats including 4444, CineForm and uncompressed 444 (10-bit) or 422 (8 or 10-bit).
Unique "double dual-stream" feature provides simultaneous redundant file capture, each to a pair of disks. Flexibility to capture two channels at a time with one codec (multicam), each writing redundant disk copies simultaneously or capture one channel with two different codecs with redundant disk copies of each. (For example: 1 Avid DNxHD,1 Apple ProRes).